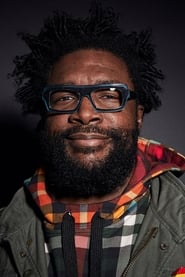 Ahmir Khalib Thompson (born on January 20, 1971), known professionally as ?uestlove or Questlove (also known as BROther ?uestion, Questo or Brother Question), is an American drummer, DJ, music journalist and record producer. He is best known as the drummer for the Grammy Award-winning band The Roots, which is now the in-house band for Late Night with Jimmy Fallon. He has produced for artists... Read more