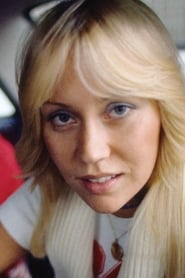 Agneta Åse Fältskog (born 5 April 1950), known as Agnetha Fältskog, is a Swedish singer, songwriter, musician and actress. She achieved success in Sweden after the release of her self-titled debut album in 1968, and reached international stardom as a member of the pop group ABBA, which has sold over 180 million albums and singles worldwide, making them one of the best-selling music artists in history.