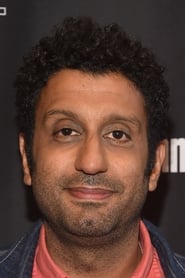 Akhtar is known for the bumbling Muslim extremist Faisal in Chris Morris's film Four Lions.[3] Other comedic performances include Gupta in The Angelos Epithemiou Show,[4] Maroush in The Dictator[4] and Smee in Joe Wright and Pan.[5]

Akhtar has also won acclaim for his dramatic performances: in 2015, he was nominated for a BAFTA for Best Supporting Actor for his 2014 role as Wilson Wilson on... Read more