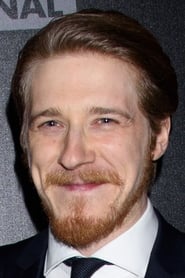 Adam Matthew Nagaitis, born 7 June 1985) is a British actor best known for his roles as Caulker's Mate Cornelius Hickey in the AMC television series The Terror and firefighter Vasily Ignatenko in the HBO miniseries Chernobyl. Nagaitis is a graduate of the Stella Adler Conservatory and the Royal Academy of Dramatic Art.