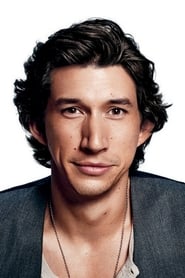 Adam Douglas Driver (born November 19, 1983) is an American actor. He rose to prominence in the supporting role of Adam Sackler in the HBO comedy-drama series Girls (2012–2017), for which he received three consecutive nominations for the Primetime Emmy Award for Outstanding Supporting Actor in a Comedy Series. He made his Broadway debut in Mrs. Warren's Profession (2010). In 2011, he... Read more