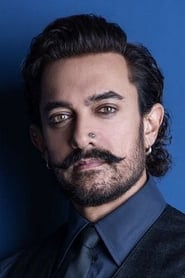 Aamir Khan is an Indian actor, director, producer, filmmaker and television talk-show host who has established himself as one of the most popular and influential actors of Indian cinema. Starting his career as a child actor in his uncle Nasir Hussain's film Yaadon Ki Baaraat (1973), Khan began his professional career eleven years later with Holi (1984) and had his first commercial success with... Read more