Rich Bower is an up-and-coming star in the hip-hop world. Everyone wants to be around him, including Raven and her fellow upper-class white high school friends. The growing appeal of black culture among white teens fascinates documentary filmmaker Sam Donager, who sets out to chronicle it with her husband, Terry. But before Bower was a rapper, he was a gangster, and his criminal past comes back to haunt him and all those around him.

By jonboy (approved by Komond) 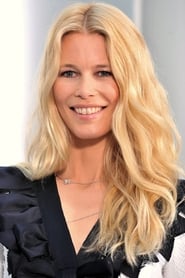 More stills and photos from Black and White