In an underground fight club, blackbelt Travis Brickley is killed after losing to the evil martial arts master Brakus. Travis' death is witnessed by Walter Grady, the son of his best friend Alex Grady. Alex and his partner, Tommy Lee, vow to avenge their friend's death by defeating Brakus and shutting down the fight club.

Best of the Best 2 publicity still

By rambo_007 (approved by HarperSeven) 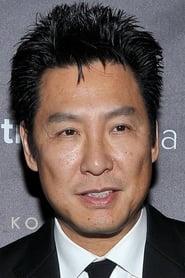 More stills and photos from Best of the Best 2